POLICY ON PARENTAL USE OF SOCIAL NETWORKING AND INTERNET SITE

Social networking sites such as Facebook and Twitter are now widely used and these types of media allow people to communicate in ways that were not previously possible. Unfortunately such sites can be used inappropriately by some as a means of expressing negative or offensive views. This document sets out Seaton Academy’s approach to parental use of such sites and sets out the procedures that will be followed and action that may be taken when it is considered that parents have used such facilities inappropriately. Where there is reference to “parent” in this document this also includes carers, relatives or anyone associated with the Academy.

Appropriate use of social networking sites by parents

Inappropriate use of social networking sites by parents

Although social networking sites may appear to be the quickest and easiest way to express frustrations or concerns about the Academy and those associated with it, it is rarely appropriate to do so. Other channels such as a private and confidential discussion with the Headteacher or member of the Board of Trustees, or using the Academy’s formal complaints process are much better suited to this. The Academy considers the following examples to be inappropriate uses of social networking sites. (This list is non-exhaustive and intended to provide examples only):

Procedure the Academy will follow if inappropriate use continues

Take other legal action against the individual 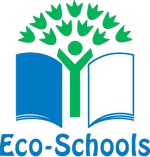